We detected that you're using an older version of Internet Explorer. please upgrade IE 11 or later

Alternatively, you can install and use these secure and newest browsers: Chrome | Firefox | Safari for MacOS | Edge for Windows

You are here:
Home/Blog/blog/Breaking Down Barriers with Men’s Plastic Surgery
Contact 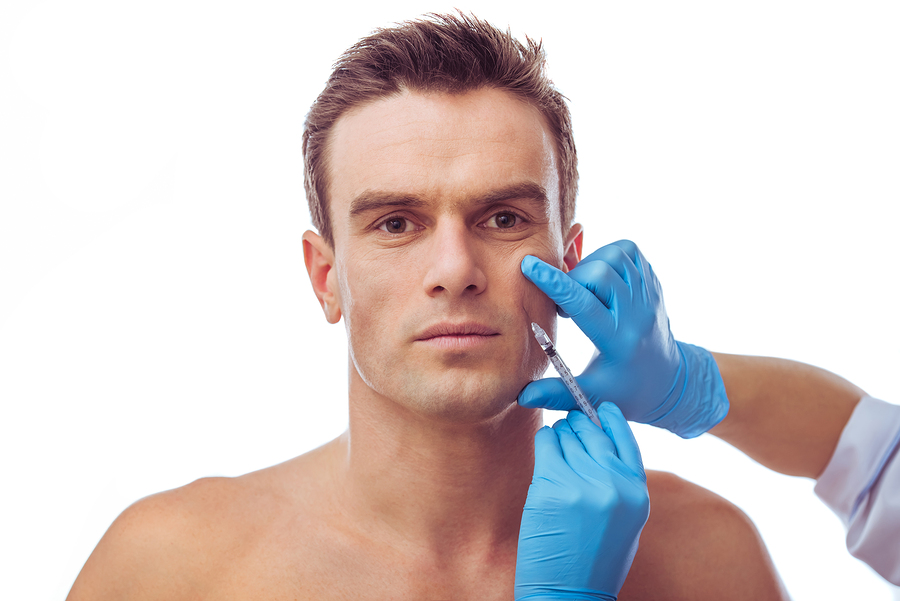 When someone mentions cosmetic surgery, most people often picture an older woman undergoing Botox treatments. However, times are changing. Plastic surgery is not, and has never been, exclusive to women. In fact, the most recent statistics from the American Society of Plastic Surgeons reveals that male cosmetic surgery is steadily increasing in popularity. Men are educating themselves on the advantages of cosmetic procedures. Once they learn of the fast recovery time and simple methods, most men take the plunge.

Plastic surgery is becoming more affordable. Men of all ages are quickly realizing the benefits, no matter their ethnicity or economic background. In fact, since 2000, male procedures have increased by a staggering 28%. In 2016, men made up 8% of all cosmetic procedures in the country. While still a relatively small number, 2017 will see even further growth.

There are several reasons why men are taking an interest in their physical appearance. For instance, cultures are changing, meaning men are no longer expected to appear tough and rugged. Instead, softer and smoother features are considered optimal. Additionally, the job market has pushed many men to improve their appearance for a competitive edge in their respective fields.

Furthermore, noninvasive procedures are quickly becoming more popular amongst men. Injectables, such as Botox and Kybella, offer the ability to erase wrinkles and signs of aging. Nonsurgical techniques require little downtime, and some can be completed within an hour.

In 2016, men turned to a handful of cosmetic procedures. The most common were:

In 2017, we expect little to change. Instead, these procedures will grow in popularity.

If you’re a gentleman seeking a boost in confidence and physical appearance, consider scheduling a consultation appointment with Dr. J. Hopkins Plastic Surgery. You can reach our offices at 972-298-6641 today!

A triple board-certified plastic and reconstructive surgeon who is here to listen to your needs and provide the most compassionate care possible. Dr. Hopkins will be on your side every step of the way.

“Our experience with Dr. Hopkins and his staff have been exemplary above all others. All are professional, courteous, and efficient. We appreciate Dr. Hopkins and how he has worked tirelessly to treat my condition.”

Botox for Men — Busting Common Myths
5 Fail-Safe Ways to Make Sure Your Plastic Surgery is Safe
Is There a Difference Between Female and Male Rhinoplasty?

As a triple board-certified surgeon in Dallas, Dr. Hopkins specializes in the full array of plastic surgery procedures and will work with you to fully customize your treatment plan and successfully achieve your desired results. For the best plastic surgery experience in Dallas, reach out to J. Hopkins Plastic Surgery to schedule your initial consultation.

Please be aware that this is not a secure email network under HIPAA guidelines. Do not submit any personal or private information unless you are authorized and have voluntarily consented to do so. We are not liable for any HIPAA violations. Understand that if you email us, you are agreeing to the use of an unsecured method and understand that all replies will be sent in the same fashion, which you are hereby authorizing.